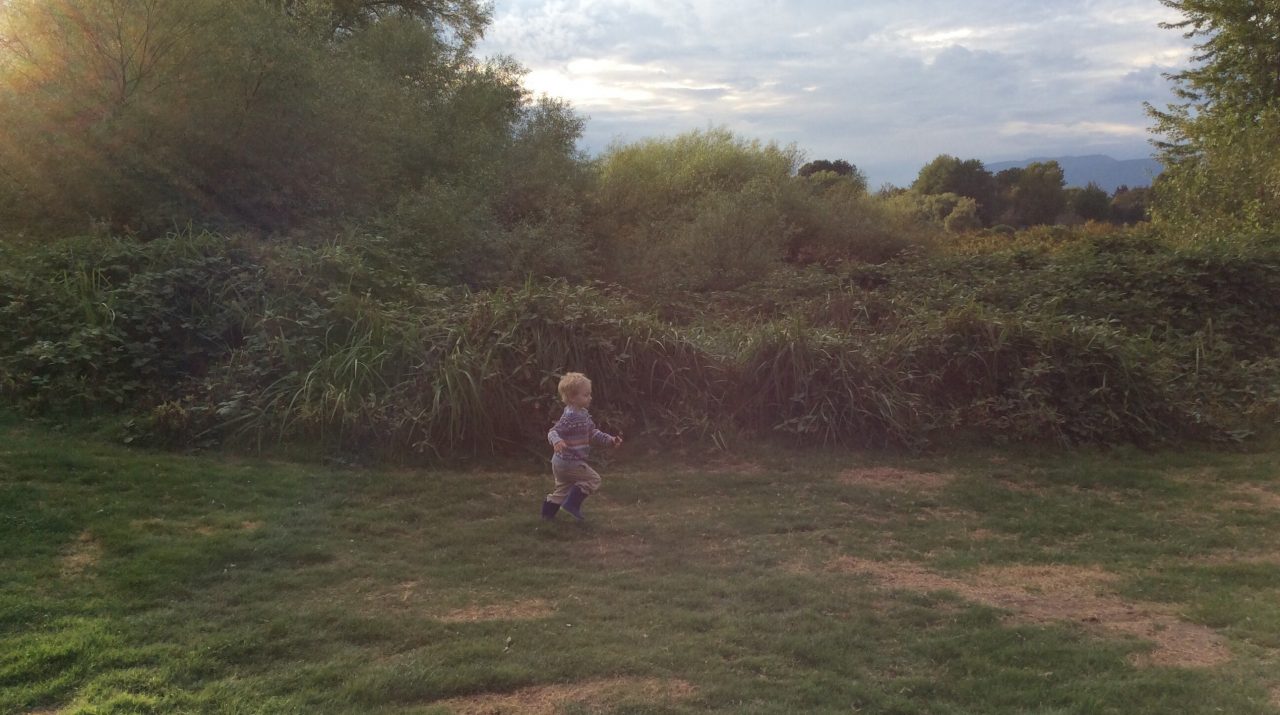 Last night I stayed up reading a novel till unmentionable small hours of the morning. I couldn’t put it down. I tried but couldn’t sleep. I had to know how things would turn out for these ordinary yet heroic Hollanders who hid Jewish people in their Haarlem home in World War Two. The fact that this story is true and autobiographical added a bittersweet poignancy which really captivated me. 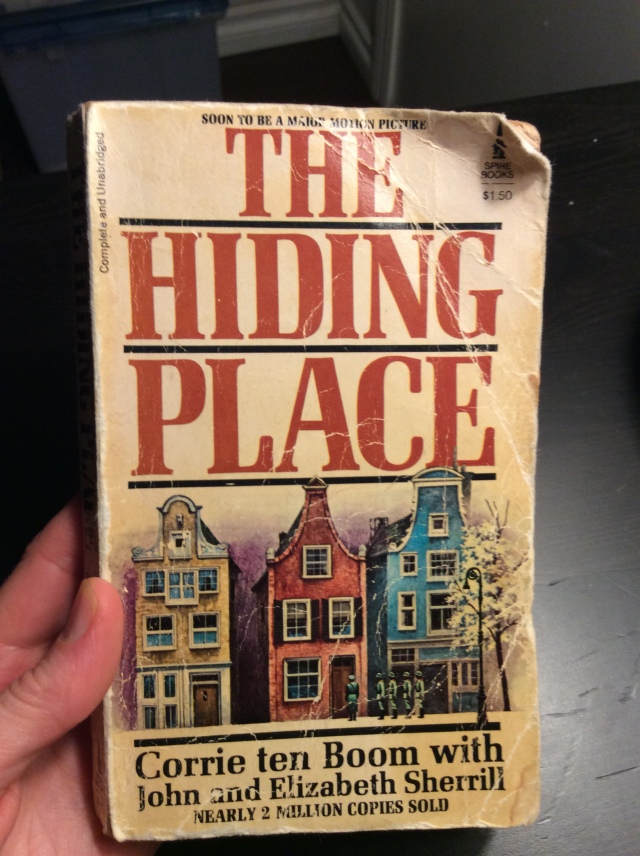 I can’t recommend this heroic story enough. But be sure to buy Kleenex, and some strong coffee (preferably Dutch) for the mornings after you stay up way too late reading it on the edge of your seat. The sacrifice of sleep will be worth it to renew your faith in the amazing ability of humanity to survive in the most horrific circumstances…and not only to survive, but to thrive, at least interiorly. The women in this story suffer deeply, but instead of becoming darkened by hate, they become luminous…in the midst of evil, they glow. Love does this. Faith does this. Unshakable determination to do what is right does this.

I was extremely inspired by the ten Boom family, whose loving description reminded me a bit of the family in Little Women. It made me feel that my struggles are very small indeed, and that I want to pray for greater heroism in overcoming the bitterness and self-pity that can creep in through the cracks of exhaustion. Corrie, who is a watchmaker in her 50’s when she joins the Dutch underground movement, makes it very clear that any good she did came not from her own virtue or strength, but from the faith and love infused into her soul. God’s providence runs through the story like a shining golden thread.

What is amazing, besides all she did to save her fellow human beings, especially Jews, during the war, is what she does after the war, having been through harsh prisons and concentration camps. She opens homes for victims of war, where they can live in a loving home, grow flowers and vegetables and find hope again. Beyond that, she travels the world sharing her story of the power of love to overcome evil, and that God’s loving forgiveness that exists for all, no matter how dark their past. She does not neglect Germany, the land of her wartime fears and captivity, when sharing her message of peace.

The Hiding Place resonates with me in a very personal level because I have Dutch family who hid Jews in their home during the war, and my Opa himself, who worked for the Dutch radio, hid from the Nazis when they wanted him to spew propaganda. When soldiers knocked on the door, Opa Koenig would quickly open the floorboards in the attic and lower himself into a little hiding place. My cute blonde, blue-eyed Dutch stepdad and his sister would then throw a blanket over the area and sit on it playing with their toys. Thankfully, the soldiers would simply look around the room, pat their little heads, and leave. I can’t imagine the stress of this on kids, but Opa survived the war and was never caught, unlike so many others. 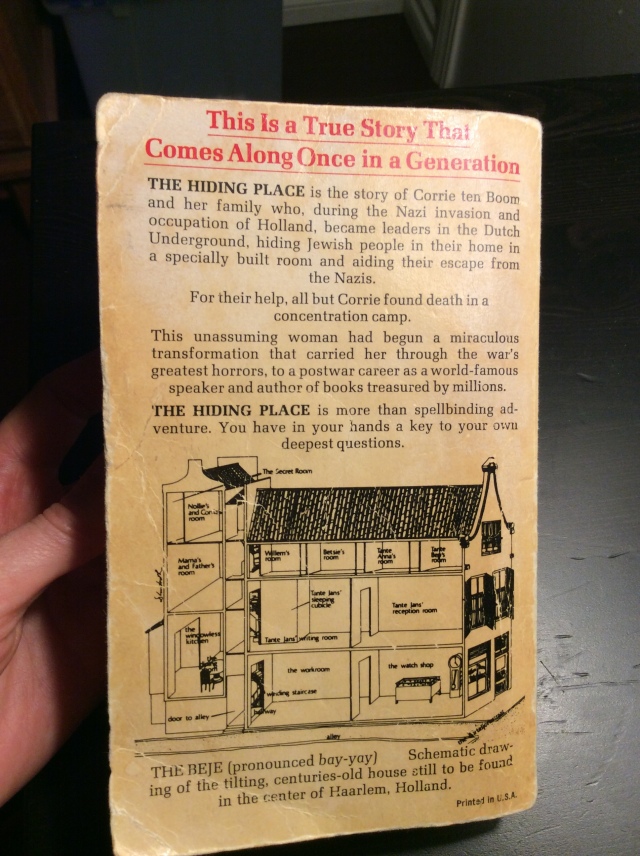 If you’re looking for a book to read this November as we approach Remembrance Day, try “The Hiding Place.” It’s the kind of book that touches your soul and leaves you forever grateful for the goodness of the ordinary heroes among us.