This year we had a quiet day at home and missed the parade as our newest recruit is only 9 days old, and I wasn’t up to marching anywhere yet. Instead we read some articles about Remembrance Day, such a the D-day memories of a 90 year old veteran, who joined up at age 15. We also read the fictional journal entries of a young British WW1 soldier as he joined up and experienced his first months in the trenches, followed by losing his leg and his close friend, Private Harry, and travelling back home to share the news to Harry’s mother.

In both things we read, there was the contrast between the young idealistic hopes of a short, heroic experience of war, and the reality of a long, painful and ugly struggle.  The kids felt sad for these young soldiers, and my five year old declared quite a few times that she did not want to go to war, and that we would never let our new baby boy do so! 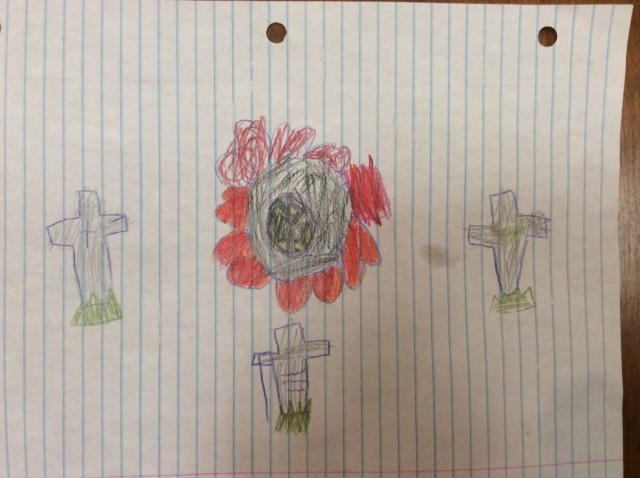 We talked about the generosity of these men who were willing to give up their lives to protect others, and how grateful we should be to them. In the past we have visited the war monuments in the graveyard, and taken time to discuss the sadness of war and to pray for the soldiers and their families. I remember being very moved by the tombstone of a very young soldier who died serving in the bicycle brigade. Imagine…so vulnerable!

366 days ago I wrote a draft of a post entitled “We Lost the Littlest Soldier.” Remebrance Day last year was only 42 days after I lost Josephine in labour, so my pain was very raw, and I was still bumping into neighbourhood acquaintances who innocently asked me that horrible question, “Where’s the new baby?” Tears came easily at the Remebrance Day Ceremonies that year.

No matter how old our children are when we lose them, they are still our babies. My heart goes out to all parents who have lost their children to war. My you be strengthened by the memory of their courage, and by the sure hope of seeing them again, in the land beyond pain, beyond suffering, beyond anything but peace and the knowledge that we are all, no matter where we come from, precious children of God. 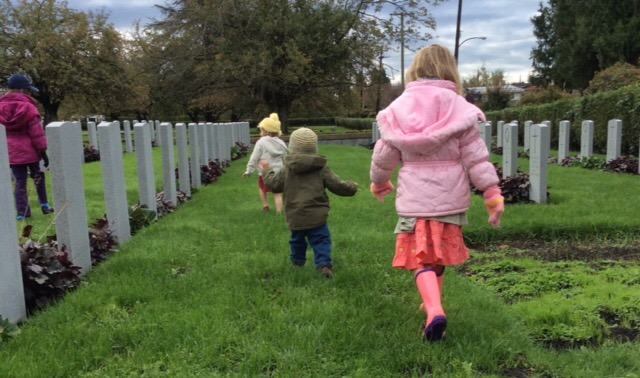