I thought it would be fitting, as we continue to battle the tummy bugs, to write something Olympic, so I chose the heroic sport we specialize in here in Crazyland: Olympic Napping. Although less well known than some extreme sports, Olympic Napping is a sure crowd pleaser, as it combines cuteness, quietness, versatility and endurance in one small package.

Last week I wrote about Sleepyhead # 1 battling the tummy bugs, and now her big sister is following suit. Here is the little one performing the famous couch nap: 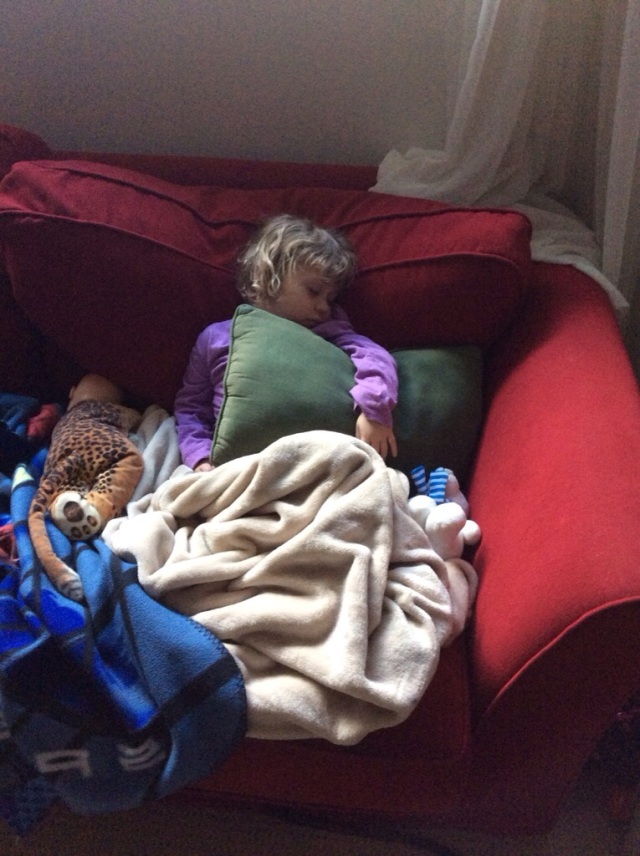 Her big sister, our gold medal contender, age 3 1/2, has a long career in Olynapping, as its fans lovingly call it, and is especially known for her ability to nap in any position, situation, or space. She has fallen asleep in strollers, boxes, chairs and tents, on couches, beds and the floor. As long as she has her trusty fuzzy blanket, so essential to her sport, victory is hers.

Even as an infant she dreamt of Olympic gold: 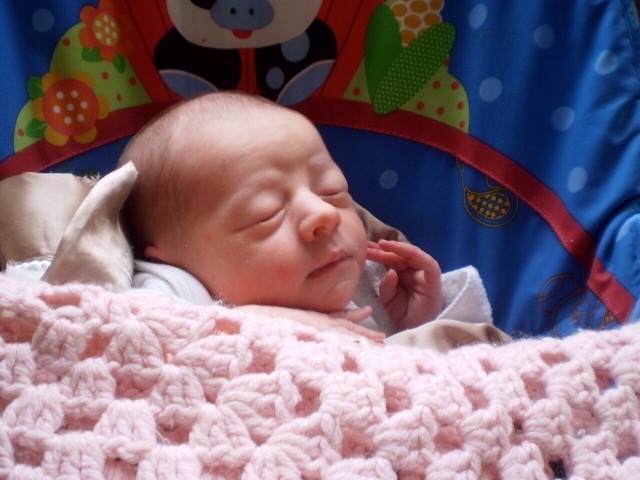 And soon mastered the peacefulness technique:

As a precocious youngster, she even attempted to nap while eating chocolate cake!

A very self motivated Olynapper, she sometimes puts herself to bed, just to get a little more practice in.

She is much praised by the judges for her capacity to sleep though all sorts of chaotic noise without even stirring.

A further note must be made about her endurance: in today’s contest, Olynapper vs the icky tummy, she slept almost the entire day, with only a brief foray from her Oly-tent to imbibe some hot chocolate.

To what does she attribute her great success in Olynapping?
Her new “ear muscles” and wearing large amounts of purple!